Around January of this year, Hong Kong’s handrails began sporting sweaters. Crocheted sweaters to be exact. Big, colourful granny squares covered entire handrails, poles and fences, and eventually made their way onto trees. These urban sweaters were clustered around Sheung Wan, a hip, artsy enclave in the north-west region of Hong Kong island.

Residents were generally positive about this new development, but eventually they started asking questions. Who was behind these crocheted creations? And for purpose were they made? Were they a sign? An omen?

Eventually, the crochet crusader revealed herself: Esther Poon – an aerobics instructor by day and yarn bomber by night.

A kind of graffiti and street art, yarn bombing (aka. guerrilla knitting or yarnstorming) involves wrapping crochet or knitted fabric around public structures. Yarn bombs can be deployed for subversive, comic, or political purposes, or simply to make cold and alienating cities seem more cozy and beautiful.

Like knitting’s origins, the exact roots of yarn bombing are unknown, but Magda Sayeg is generally accepted to be the mother of yarn bombing. In 2005 she assembled a group of knitters under the name Knitta Please and began yarn bombing her city of Houston, Texas. The purpose? “To make street art a little more warm and fuzzy.” To date, her yarn bombing efforts have spread across the world, with local groups taking on specific causes of their own.

For Esther Poon, Sayeg’s work was a huge influence on her own development as Hong Kong’s first large-scale yarn bomber. Always eager to meet a bold creator, I caught up with Esther over coffee to talk about yarn bombing, art in Hong Kong, and how her work withstands the notoriously fickle Hong Kong weather.

Hey Esther! How did you get into yarn bombing?

I started in 2012. It was at the exhibition “I Knit MK” where I met the mother of yarn bombing [Magda Sayeg]. I realised that outside Hong Kong there were so many yarn bombings, but none in Hong Kong, so I decided to try it.

Did you teach yourself how to crochet?

Yes, I am self-taught. I’ve crocheted for over 28 years. I used to crochet clothes for myself and for my dog, but I found it boring [laughs].

How did you feel when you installed your first yarn bomb?

It was on Hollywood Road. I was very afraid. I was shaking. I did it very quickly in the morning. But after a lot of positive reactions, I felt more confident. People really liked the yarn bombs. They talk to me about it and ask questions. Some people ask why I don’t knit a scarf or do something else. They think it’s a waste of time, but most people like it.

Have you gotten any negative feedback for your work?

Just one. At the end of May I yarn bombed a tree at PMQ, and one person sent me an email saying that I had killed the tree. And I said, forget it. I only yarn bombed a small part. I didn’t reply to the email.

How do you decide where to install a yarn bomb?

I live in Sheung Wan, and it has a nice culture here. You can see graffiti outside, so I always like to put my yarn bombs beside wall graffiti. It’s nice to choose places that are not too busy because sometimes they are taken down.

How long does a yarn bomb last?

About half a year. After that it becomes old and too dirty. Then, I have to replace it. Sometimes they are taken away. Maybe they are stolen or the government officials take it down. During typhoon season I will probably not install new works.

Yes, I started teaching classes in June. I had four classes and over twenty people joined. I call it the graffiti club. Now, there are over 40 people in the club. I teach them basic crochet, and then some different patterns. At first, the students don’t think they can do it, but they try. I want to tell them, you can do it!

Do you want your students to become a yarn bombing army?

I want to promote yarn bombing in HK. If many people can do it, that’s good. They can do different patterns, different colours, different things because we have to colour Hong Kong and colour our lives as well.”

I think the most colourful things can infuse our hearts and our inner bodies.

Is Hong Kong not very colourful?

Of course not. Especially after ’97 [the year Hong Kong was “returned” from Britain to China]. People rush to their job without any smiling faces. They rush to everything. It’s good when they see the yarn bombing. They smile, they stop to talk. I want them to enjoy their lives. Of course I cannot change their lives, but I think the most colourful things can infuse our hearts and our inner bodies.

Is there a message you want to express through yarn bombing?

The message is simple: joy to everyone

Thanks for chatting! Where can we find you? 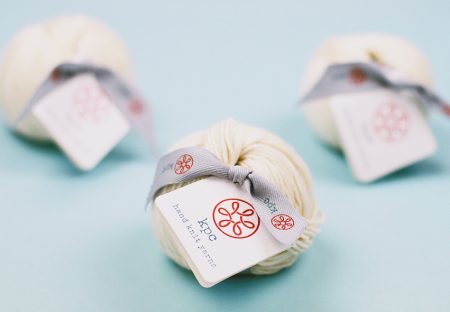 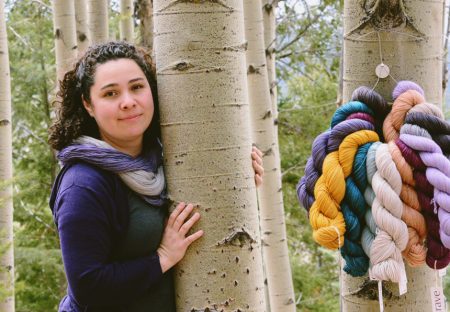 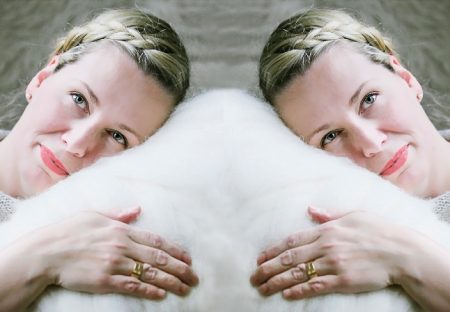