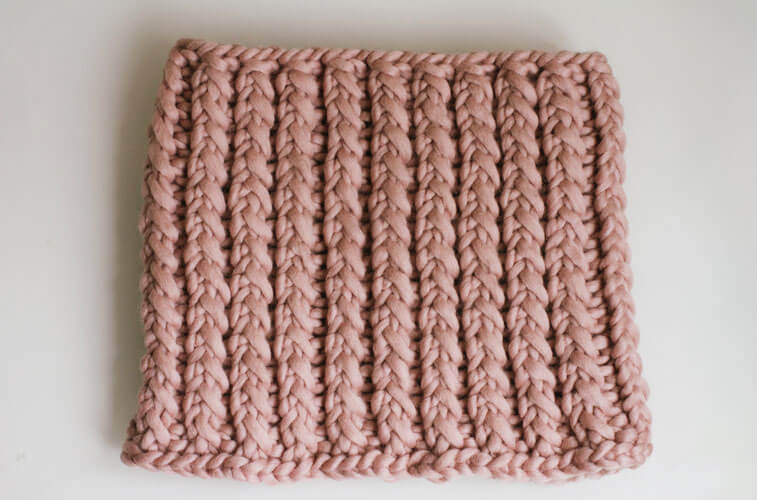 This cowl is so cosy and textured, it’s just asking to be snuggled into! Best of all, it’s knit with super bulky yarn, so it only takes a few hours to make. A two-row pattern repeat makes this a total breeze to knit!

Watch the video tutorial below for a demonstration on how to do the K2tbl-ktbl.

The video tutorial above walks you through how to knit the cowl, including the K2tbl-ktbl technique. 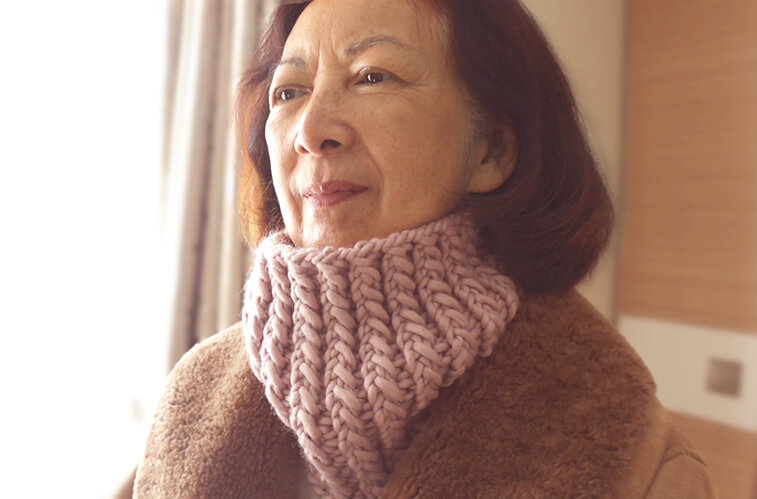 CO 63 sts and join in the round without twisting

Cast off and weave in ends. Pull down the sts at the cast off edge to even out the sts.

Abbreviations:
CO: cast on
K: knit
K2tbl-ktbl: knit 2 sts through the back loop. Don’t take the stitch off the left needle. Knit into the first stitch again through the back loop. Drop the stitch off the needle
P: purl
Sl: slip (a stitch)
St(s): stitch(es)
Wyib: with yarn in back
* *: Repeat instructions between the asterisks the number of time indicated 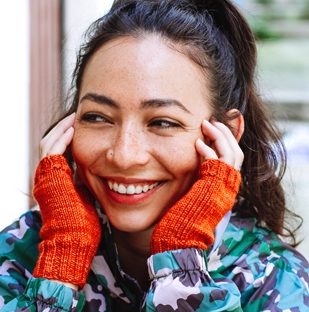 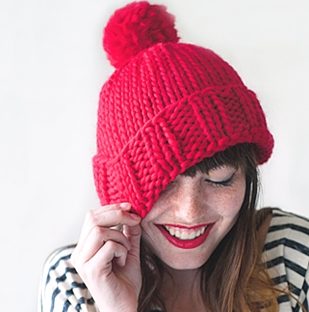 How to Knit a Chunky Hat for Beginners 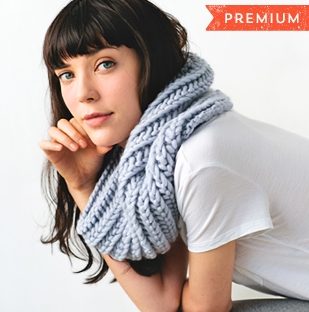